Manchester United are reported to have offered Angel Gomes a new deal worth £30,000 per week to convince the midfielder to stay at the club beyond the summer.

Gomes has long been one of the most highly-rated prospects in the club’s youth academy but has found himself frustrated at his lack of opportunities, while watching the likes of Mason Greenwood and Brandon Williams shoulder significant first-team responsibility.

He’s out of contract this summer, however, and there has been plenty of talk that he could leave for opportunities elsewhere – especially after ​rejecting improved terms in December. ​The Metro, however, report that ​United are keen to avoid that eventuality, and are pushing for him to put pen to paper on an improved deal that could keep him at the club until 2023.

They note that the player’s preference is to stay with the club, but Chelsea have regardless been alerted to the situation, and his representatives are believed to be using the situation as leverage to achieve the best possible deal.

What might be alarming to those of a United persuasion are the parallels with Jadon Sancho, who left ​Manchester City under strikingly similar circumstances back in 2017. The ​Evening Standard report that Sancho too was offered £30,000 per week, but he, like Gomes, was dissatisfied with the first-team football on offer.

Sancho left for Germany and has since grown into one of the most effective forwards on the planet, with United now believed to be chasing his signature this summer. 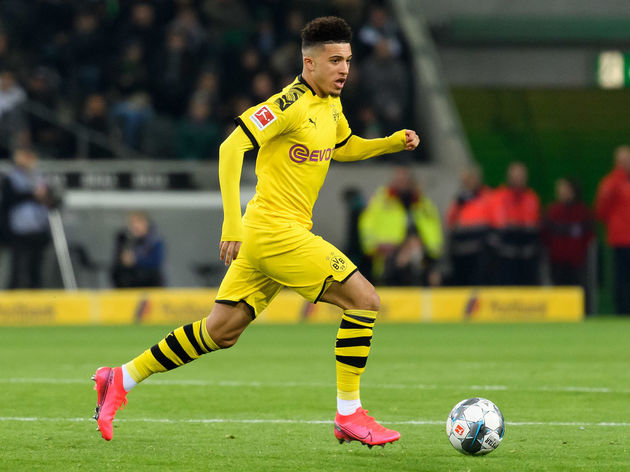 Where the situations differ is that Sancho was yet to make a senior appearance for City at the time he departed, while Gomes is into double figures for United – so he perhaps has less grounds for frustration.

With just seven of those coming this season, however – three in the Europa League and two in the EFL Cup, with only 19 minutes of ​Premier League action under his belt – it’s hardly a ridiculous thought that he might be looking elsewhere.