Skip to content
You are here:Home-Uncategorized-Opinion: Chelsea’s strongest 11 features Kovacic and a more balanced setup 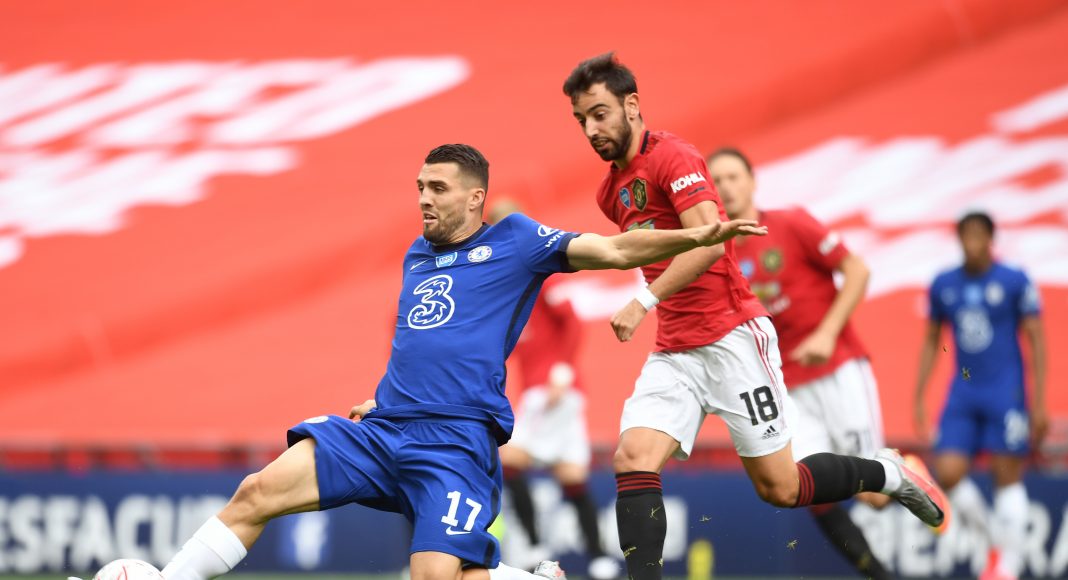 LONDON, ENGLAND – JULY 19: Mateo Kovacic of Chelsea controls the ball as Bruno Fernandes of Manchester United looks on during the FA Cup Semi Final match between Manchester United and Chelsea at Wembley Stadium on July 19, 2020 in London, England. Football Stadiums around Europe remain empty due to the Coronavirus Pandemic as Government social distancing laws prohibit fans inside venues resulting in all fixtures being played behind closed doors. (Photo by Andy Rain/Pool via Getty Images)

Chelsea began their Premier League campaign last night by beating Brighton 3-1 in their own backyard.

Whilst the scoreline flattered Frank Lampard’s side, it was refreshing and positive to start the season with a win.

Lampard had two of his new signings Timo Werner and Kai Havertz starting the match, but there was a real sense of imbalance and an uncomfortable look to some of the positioning that players were asked to play.

Of course, it was rather makeshift due to injuries and a suspension, but Ruben Loftus-Cheek most notably looked very uncomfortable playing as a number ten.

The midfielder spent the majority of the game playing very close to Werner almost as a second striker, and he had one of his worst games in a Chelsea shirt.

Kai Havertz has only just arrived at the club so of course he is far from settled, but I would prefer him to be playing more centrally, instead of being wasted out wide.

When everyone is fit, this is what I believe to be Chelsea’s best starting eleven (I’m cheating and adding Mendy despite him being confirmed yet).

I believe this line up gives us the best balance.

Kante will need to play the most disciplined role as a holding midfielder, with Kovacic playing close to him, and Havertz in the most advanced number 8 position.

Ideally Chelsea still need to sign a more combative and natural defensive midfielder if they are to truly make it work this season, but with the players available this is a great starting line up more than good enough to be successful.