Skip to content
You are here:Home-Uncategorized-Chelsea could turn to England international to rival Kepa Arrizabalaga

Chelsea could turn to England international to rival Kepa Arrizabalaga 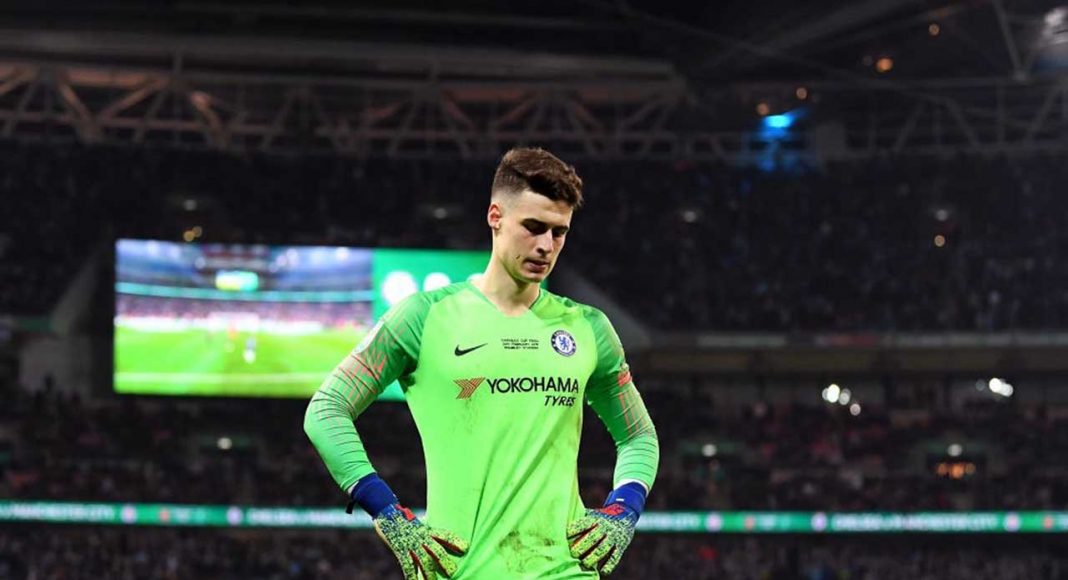 There is no doubt right now that Chelsea boss Frank Lampard is unsure on his number one goalkeeper Kepa Arrizabalaga.

The Spanish international has been inconsistent this season to say the least, and it appears that he may not fit the type of profile stopper that Lampard wants at the heart of his defence.

But Kepa will be near impossible to sell this summer without Chelsea taking a massive pay cut on the £72 million fee they paid for him a couple of seasons back.

The reliable Daily Telegraph journalist Matt Law always has the Chelsea scoops, and he wrote an article this week suggesting that Chelsea may well sign another goalkeeper this summer, whether they sell Kepa or not.

He alluded to the fact that Lampard is considering bringing in a goalkeeper to rival Kepa, rather than totally replace him. This is something that has become a lot more normal in modern day football.

This gig would be for a certain type of goalkeeper, one with a confident and strong mentality with the belief that they can come in and take the regular number one spot.

I can see Chelsea pushing to sign Burnley goalkeeper Nick Pope to come in for this role.

The 28-year old England international automatically brings the qualities that Lampard is looking for from his number one – height (6ft 3in), 18-yard box dominance, experience, and the ability to organise those in front of him.

This is before you even mention that Pope is actually a very good all round goalkeeper.

Andre Onana would be another good option for this role, and both of these options would not cost an arm and a leg. Chelsea have already been heavily linked with both Onana and Pope in the last few months.

In fact, Dean Jones of Bleacher Football mentioned Pope as a genuine option for Chelsea this summer in our exclusive interview with him last week.

Matt Law himself has also linked Pope with Chelsea in a recent article in June.

Watch this space, it could happen.