Skip to content
You are here:Home-Uncategorized-Picking a Best German XI of the Premier League Era

Picking a Best German XI of the Premier League Era

No, Shkodran Mustafi does not feature. Apologies to those eager for a laugh or two, but this one is actually going to be a decent lineup.

And you’d expect that. The Germans have a reputation for being rather good at football, as you’re about to find out below.

It’s what we love about the ​Premier League. How many darn fine players it has in its ranks. Boasting a division of such quality and excitement predominately stems from the vast array of worldwide talent it’s able to attract, so it will come as little surprise that plenty of those stars who graced the league hail from Germany. Forever adored by ​Arsenal fans for being one of the famed ‘Invincibles’, the goalkeeper would go on to make 147 top flight appearances for the club over a five-season spell.

He played every Premier League game for the Gunners in two different seasons during his stint in north London, with one league title and one FA Cup to boast from his impressive spell in the English game.

A fine stop stopper as well as a leader in the dressing room, there are no other candidates capable of filling this slot. Sorry Loris Karius. Much more could have been expected from Markus Babbel during his time at ​Liverpool had he not unfortunately seen his career come to a sudden halt when he contracted Guillain–Barré syndrome. He was forced out of the game for a year, but still managed to earn a reputation as a marauding full-back with an eye for goal.

He claimed an FA Cup, League Cup, UEFA Super Cup and UEFA Cup during a trophy filled 2000/01 season – that latter of which he contributed a goal in during the final victory over Alaves. He would also enjoy a fruitful season-long spell at Blackburn Rovers. Nobody saw it coming. ​Leicester simply weren’t supposed to win the Premier League that season. It defied logic and belief, and reset the parameters for what is actually achievable in football.

Either way, they did it, and they wouldn’t have been able to do so without their monstrous centre-half. He may have only played a bit part role during his two league triumphs with Chelsea, but Huth was an ever present for the Foxes as they did the unthinkable in 2015/16. That aside though, he was a formidable opponent, and will go down as one of the best from his country to grace the division. He hasn’t been playing in England for long, but Antonio Rüdiger has already cemented his place as ​Chelsea‘s finest central defender. Falling under the category of ‘don’t mess with me I’ll batter ya’, he’s a firm fan favourite in west London.

Furthermore, records were pummelled in 2019 when he completed 100% of his 91 passes over the course of a match against Wolves, which is more than anyone has achieved before or since. 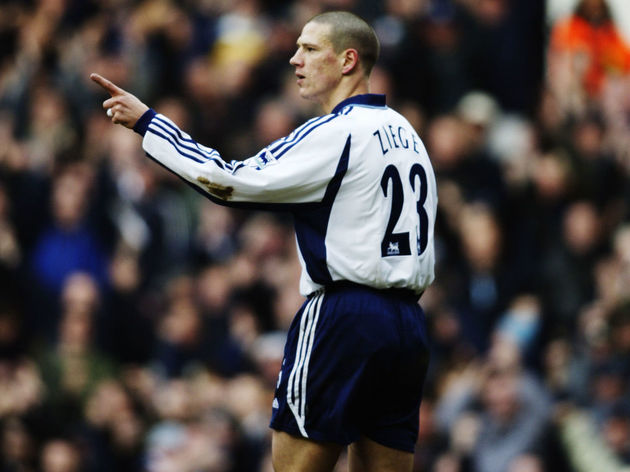 Scoring seven goals from defence in his first season in the Premier League with Middlesbrough, a move to Liverpool followed for Christian Ziege – but he never managed to replicate the form he’d shown on Teeside.

​Tottenham duly snapped him up and he found a decent level once more, but the following two campaigns in London saw his credibility wane. Nevertheless, he had two OK seasons in the league so that essentially hands him a place in this team. About as good as it gets really. Slim pickings and that. It is Dietmar Hamann’s superb seven seasons on Merseyside that grant him a place in this lineup, as the combative midfielder secured four domestic trophies, one UEFA Cup and a ​Champions League haul during a prolific spell with Liverpool.

Spells at Newcastle and Manchester City didn’t produce similar levels of success, but Hamann’s defensive stability meant he was always added protection for the defence and a worthy addition to the side. Upon completion of his deal at Bayern Munich, Chelsea were the fortunate beneficiaries of the midfield talent that had glittered the Bundesliga for a number of years.

For a player in his position, he was widely regarded as one of the most complete midfielders of his generation. Intelligence on the ball was matched by fine shooting ability with either foot, and he played a key role in the club’s march to the 2010 Premier League title. Given the current state of affairs, it’s easy to forget just how technically masterful ​Mesut Özil was in his prime. While his numbers have dropped drastically over recent seasons, the playmaker will still be lauded as one of the best creative midfielders the league has seen – when he was at his peak.

The 2015/16 season alone is worthy of his inclusion, where he bagged six goals and registered 19 assists for ​Arsenal. Sure, no league trophies have come his way, but the elegance he had on the ball when he was fit and firing was first class. Few players manage to make quite the impact Jürgen Klinsmann had during his first stint with Tottenham during the 1994/95 season, where he scooped the club’s Player of the Season award along with further Football Writers’ Association Footballer of the Year and Premier League PFA Team of the Year gongs.

He scored 20 league goals that term before moving on to Bayern Munich, before eventually returning for one final stint in the 1997/98 season, when he helped guide Spurs away from relegation and into a 14th place finish. That season, he also secured another Football Writers’ Association Footballer of the Year award. 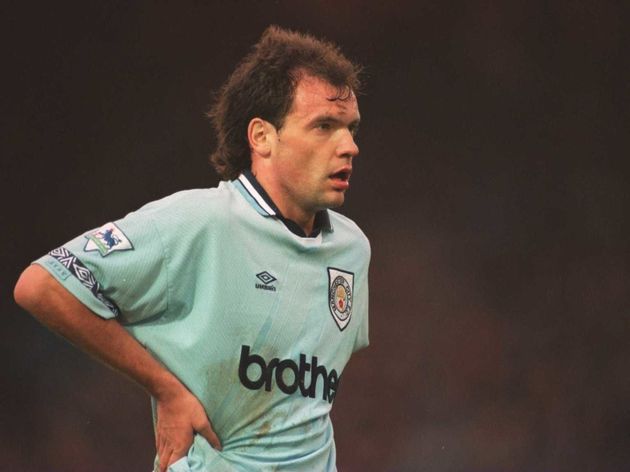 Best known for his four-year spell with ​Manchester City shortly after the Premier League was formed, Rösler’s fine displays for the club would eventually earn him a place in the Citizens’ Hall of Fame in 2009.

His most prolific campaign in front of goal would be the 1994/95 term, were a formidable partnership with Paul Walsh was forged. He hit 22 goals across all competitions despite a string of injuries, and remains a loved figure in the blue half of Manchester. Lightening pace and lethal end product mean there is little the German can’t do, which is why it’s a shame the Premier League has been deprived of him this season as a result of his horrific knee injury.

He contributed 45 goal involvements between the 2017/18 and 2018/20 title winning seasons, playing a pivotal role in Pep Guardiola’s setup as they broke records en route to back-to-back league crowns.