Skip to content
You are here:Home-Uncategorized-Philippe Coutinho Wants Premier League Return if Barcelona Rule He Has No Camp Nou Future

​Barcelona midfielder Philippe Coutinho is thought to prefer a move back to the Premier League if there is to be no place for him at Camp Nou next season, rather than heading to Italy, where he previously played when he first arrived in Europe, or France.

Having seen his dream Barça move turn sour, Coutinho is currently on loan at Bayern Munich. But the reigning German champions are highly unlikely to trigger a €120m option to make the deal permanent, leaving the Brazilian’s future uncertain and up in the air. 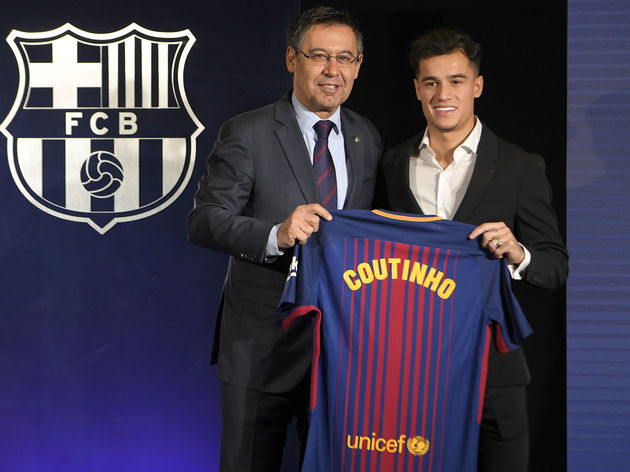 Coutinho has already been linked with Chelsea, Tottenham and even Manchester United earlier this month. But a return to former club Liverpool is improbable given the Reds’ take on transfers in general and keenness to promote developing younger talent from within.

There is always the chance that Coutinho could forge himself a new role at Barça given that the club may be short of resources next season in light of the impact of the coronavirus pandemic.

But if that is not the case and he does have to move on, Mundo Deportivo (MD) writes that the player’s ‘absolute priority’ is to join a Premier League club. England is where he has played the best football of his career and it is said he ‘does not contemplate’ Inter or Paris Saint-Germain.

Chelsea, Tottenham and Manchester United are mentioned once more as possible destinations.

It has been suggested recently that Coutinho was prepared to join Spurs last summer prior to going to Bayern, only for the deal not to materialise in the end. MD suggests that Barcelona’s interest in Tanguy Ndombele could make it possible again if the clubs negotiate makeweights.

The recent gossip surrounding Manchester United, meanwhile, alleged that an approach from Old Trafford would hinge on the club sacking current manager Ole Gunnar Solskjaer and hiring Mauricio Pochettino instead, a farfetched and extremely unlikely turn of events.

Owing to Liverpool connections, Coutinho himself is already thought to have ruled out United.

Chelsea are a plausible option, however. The club are yet to replace Eden Hazard following his big money move to Real Madrid last year, while the recent gossip from Spain claims that contact has already been made with Barcelona to gauge the conditions of a potential loan.

Barça could drop their demands to €90m (£82m) for a permanent deal, but a loan that includes paying all of Coutinho’s wages for a season would cost Chelsea around €30m (£27.5m) all in.