Skip to content
You are here:Home-Uncategorized-Chelsea Grant Willian Permission to Return Home to Brazil Amid Coronavirus Crisis

​Chelsea have given Willian permission to return home to Brazil on compassionate grounds to be with his wider family during the coronavirus pandemic.

Chelsea were one of the first English clubs to be affected by the virus outbreak when teenage winger Callum Hudson-Odoi tested positive earlier this month. Combined with the diagnosis of Arsenal manager Mikel Arteta, Premier League football was suspended just a few hours later.

Sky Sports reports that Willian has been granted his leave of absence on appeal and that the club will individually review the case of any foreign players wishing to be repatriated home.

The 31-year-old has made his second home in London, where he co-owns a restaurant with former Chelsea teammate David Luiz. But the coronavirus crisis has seen him fly back to Brazil.

Brazilian president Jair Bolsonaro has been heavily criticised over his dismissive attitude towards the pandemic, alleging that media and rival politicians are ‘tricking’ citizens and accusing it of being a ‘a colossal and absurd campaign’ to force him out of power.

It has been reported that criminal gangs are the ones taking a stand against coronavirus in Brazil and have been enforcing curfews in the nation’s favelas in a bid to quash the spread.

With a contract due to expire at the end of June, Willian is one of numerous players in the Premier League alone for whom the coronavirus crisis has caused major uncertainty. 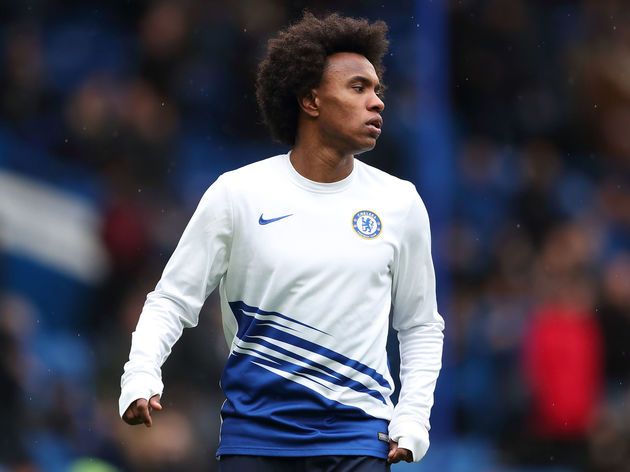 It remains unclear when, how and if the 2019/20 season will be finished and what will happen to players like Willian whose contract could expire before all games are completed.

Should he leave Chelsea after seven years at Stamford Bridge, the player has been linked with a move across London to Tottenham. That would mean reuniting with former Chelsea boss Jose Mourinho, with whom he has maintained regular contact.