Skip to content
You are here:Home-Uncategorized-Arsenal win can’t hide Chelsea’s total lack of creativity as Lampard tries everything to conjure chances 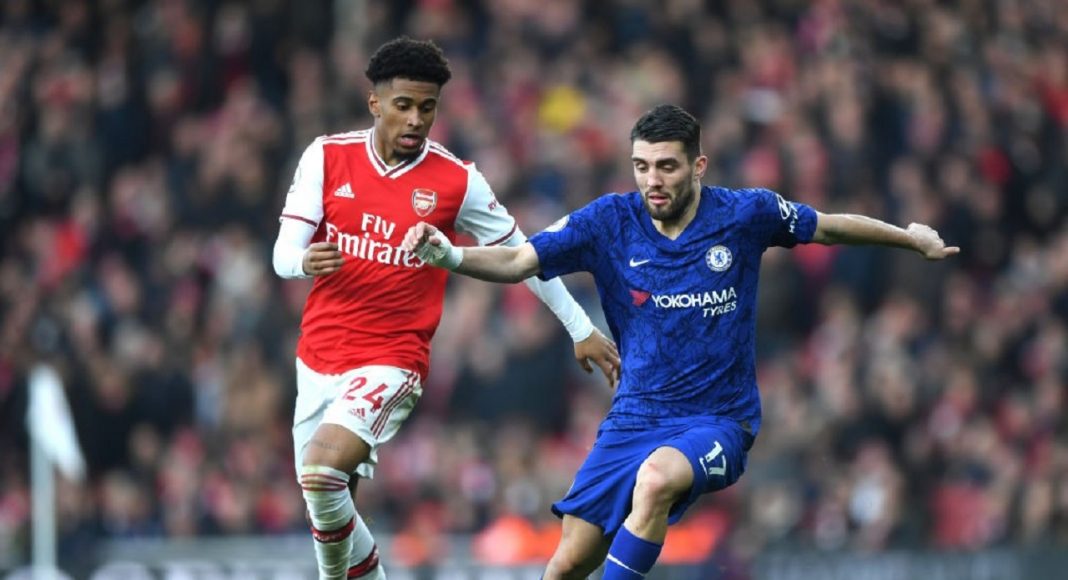 Chelsea beat Arsenal 2-1 at the Emirates in a game that saw the Blues put in a dire performance for 35 minutes, before gradually forcing their way back into the match.

Despite scoring two in two minutes to turn the game round, Frank Lampard will know the problems with this team are as clear as ever. In this instance they were gifted two goals, one from a goalkeeping error and one from some dreadful defending, but that shouldn’t disguise the total lack of creativity that the team displayed all the way through the game.

It’s a continuation of a problem that is getting worse. Their recent home losses to weaker sides have largely been a result of a team that just can’t get the ball into the net, or even into the box at times, over-committing men forward to force things – and then being caught on the break.

Earlier in the season, so many of Chelsea’s chances were coming as a direct result of the spark and energy of the team. Defenders made mistakes as Tammy Abraham and Mason Mount hounded them down, our midfielders had runners in all directions to find with passes, and on the break we were a constant menace with our attackers always looking for a quick ball from the back.

As the energy levels have dropped through the season these qualities have faded, and the chances have dried up. It’s impossible to keep tempo like that going through an entire Premier League season, which is why you need more than just enthusiasm and legs to create chances. You need clever play, technicians and dribblers in tight spaces to break down teams that are sitting deep.

As we’ve come to rely more on players doing things with the ball, we’ve struggled, and today we again saw Frank Lampard doing everything in his power – in tactics, team selection and substitutions – to conjure some creativity. None of it really worked.

The return of Mateo Kovacic was supposed to help, and he certainly offers some real finesse and quality that our other central midfielders lack, but today it wasn’t evident as Arsenal shut him down easily.

Out wide, Callum Hudson-Odoi and Christian Pulisic have both been given runs in the team to prove they can be a consistent creative outlet, but neither has managed it. Even Willian has really only been kept in the team for his defensive qualities, his production in the final third has been very up and down.

Mason Mount thrives as a pressing attacking player in an open game, but when he’s got the whole game in front of him he doesn’t yet have the consistent ability to pick holes in defences or beat players one on one.

The switch to a formation employing wing-backs should have offered more chances from wide areas, but in fact Emerson and Marcos Alonso have largely been poor in attack and defence, while Cesar Azpilicueta is only really built for the latter. The absence of Reece James has been a real hindrance to this strategy too.

Up front Tammy Abraham has been a revelation, both in games where he’s scored and games where he hasn’t. But as a lone, target-man style striker he’s totally dependent on the service he gets, and in this recent run it’s all too often been hopeful hoists into the air for him to battle for, rather than the clever whipped crosses and cutbacks he’s looking for.

Finding a player to take on the creative burden will be a real priority in January, and is hopefully something that Petr Cech and the other suits upstairs are looking at very closely. We need someone to play killer passes, take shots and generally disrupt the game between the lines, especially against weaker teams sitting deeper.

This team has been very poor in recent weeks, but a clever buy of the right profile of player could quickly turn them back into contenders again.

who plays the most to win?